Texas Senate Bill 1771, which sought to collect property taxes on the future Austin FC stadium, which will be owned by the city of Austin, is no longer a threat to the stadium. Bettencourt stated at a meeting of the Texas Senate’s Property Tax Committee, “It will grandfather in everyone that has an existing… deal in place prior to Sept. 1, 2019.”

The city of Austin and Precourt Sports Ventures agreed to their deal together last year.

The groundbreaking for the stadium is scheduled for September of this year and Austin Commercial will build the stadium.

If you were driving along W. Braker Lane or Burnet Road today you may have seen signs announcing the Austin FC Stadium next to the Discount Tire store. 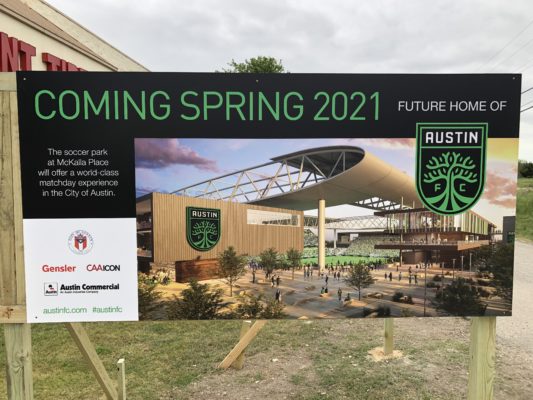 I can’t wait until they break ground later this year.