YETI was announced as the Jersey Partner for Austin FC and now you can get your very own Austin FC branded YETI tumbler. The Austin FC tumblers from YETI come in two sizes: 20 oz or 30 oz.

You can also choose from either a black or white tumbler in either of the sizes.

Now excuse me while I go and buy my first YETI tumbler.

I went to the Austin FC offices yesterday for my appointment to pick season tickets for 2021. The visit started with the Austin FC Fan Experience Center, which I got to see last October, but I wanted to enjoy it again.

Then we took a look at the different club sections available and I went with the front row of section 110, which is around the corner from the supporter’s section.

In the image of the stadium with seats in front of me – those are the field seats, which are lower than the rest of the seats.

After selecting the seats, we went out to a large mural that’s mostly covered with small Austin FC themed wood thingies, and I got to take one off (it’s hanging off my rearview mirror) that looks like a wooden guitar pick with the Austin FC logo on it. This is the wall with the mural being revealed more each time somebody takes one of the pieces of wood off. It’s hard to believe this will all be real in a year and a couple of weeks. I can’t wait until that first time I get to enter the stadium and take my seat for a match. Austin FC has made lots of front office hiring announcements so far in 2020 in the areas of community engagement and grassroots initiatives, legal, finance, and technology. The following hires were announced recently…

Kaitlin Swarts, Vice President of Community Engagement, is the Founder of Upper Ninety, a nonprofit organization which helps students from low-income Austin communities thrive in high school and beyond through participation in the sport of soccer. An avid soccer player and supporter, Swarts played locally with the Lonestar Soccer Club and St. Stephen’s Soccer Academy before heading to college where she played for Pomona College’s Women’s soccer team. Swarts, who speaks Spanish, has coached and trained players ranging from competitive club athletes to first-time adult players. After years of teaching and working in New York as a consultant for nonprofits, Swarts connected her skills with her passion for soccer and founded Upper Ninety in her hometown of Austin. Swarts holds a Master’s in Education from the Harvard Graduate School of Education, is trained in Restorative Justice and is the recipient of the Harvard Leadership in Education Award, as well as the Harvard Faculty Tribute Award, and the 2019 Austin Woman’s Way Rising Star Award.

In connection with Swarts’ new Austin FC role, Upper Ninety and its associated programming will immediately align with 4ATX Foundation, the philanthropic extension of Austin FC. Upper Ninety’s mission of positively impacting low-income Austinites will be enhanced with additional resources brought forth by 4ATX Foundation and Austin FC.

Eric Hagen joins the Club as Austin FC’s Senior Vice President and General Counsel. Prior to joining the Club, Hagen was a partner at DLA Piper in the firm’s Austin and Los Angeles offices, where he worked closely with the Club as outside counsel. He was also previously a partner at Kirkland & Ellis and McDermott Will & Emery. He has a distinguished track record representing clients across sports, entertainment, and technology sectors with a particular expertise in intellectual property. Hagen received his Bachelor’s and law degrees from Pepperdine University and a Master’s Degree from Dartmouth College.

Ryan Fannin, Vice President of Information Technology, is a highly experienced IT specialist who joins Austin FC after most recently serving as Director of Information Services for the Indianapolis Colts (NFL) where he helped create the IT infrastructure for the Colts’ 70,000 seat indoor stadium and separate training facility. Fannin will help establish Austin FC’s stadium, training facility, and front office IT platforms, including the implementation of critical IT infrastructure designed to enhance supporter experience. Among his many achievements, Fannin worked closely with the Colts’ Coaching staff to increase the players’ learning rate by 25% after becoming the first NFL team to implement virtual reality technology. In addition, Fannin helped innovate and deploy critical IT programs including the introduction of the first digital playbook in the NFL, the first NFL team to deploy in-game replays for fans in the stadium, and the first stadium venue to provide wireless internet across all sections. Fannin is a graduate of Indiana University-Purdue University Indianapolis from where he graduated with a B.A. in Computer Science. He is certified in Microsoft Professional Plus Internet, has earned his Microsoft Systems Engineer certification and has obtained Comp TIA A+ certification.

Keith Winton, Vice President of Finance, is a graduate of Texas Tech University and has an M.B.A from the University of Texas, Arlington, bringing many years of experience in the finance, to Austin FC. Before joining Austin FC, Winton spent 10 years working in the post-acute healthcare industry for various companies and, over his career, has held several senior roles including CFO, COO, VP Finance, & VP of Operations. Winton is a soccer aficionado and spends much of his spare time coaching soccer, holding numerous coaching licenses from USSF to UEFA. Originally from Dublin, Ireland, where he grew up playing soccer, Winton was an NCAA D1 Letterman at Texas Tech University in track & field.

Alfredo Naim, Community Marketing Manager, will play a vital role in helping Austin FC connect to the Austin community. A graduate in Business Administration / Economics from St. Edward’s University in Austin, and fluent in both English and Spanish, Naim brings deep experience of working with all sectors of the City of Austin, and the Austin media market, after eight years working with Waterloo Media, the largest radio group in Austin and previously known as Emmis Austin Radio.

That brings the full-time staff members at Austin FC to 40 (and counting). It’s great to see the continued growth as we get closer to 2021. Check out the current open positions with Austin FC. 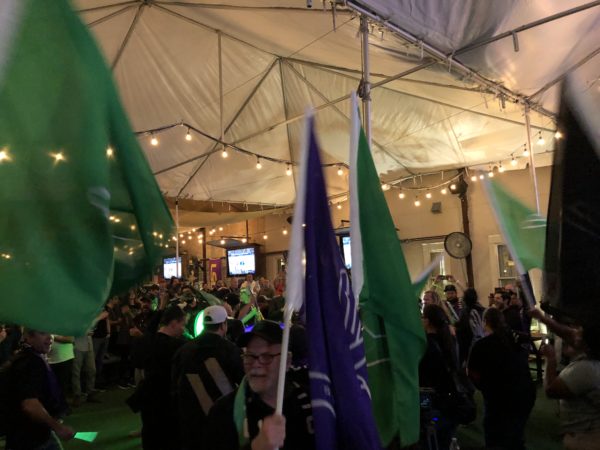