Austin FC will be hosting Liga MX Champions, Atlas FC, at Q2 Stadium in a pre-season friendly on Wednesday, February 16th at 8:00 PM. Tickets to see Austin FC play Atlas on February 16 at Q2 Stadium are now on sale at austinfc.com and q2stadium.com, as well as SeatGeek.com: get $20 off your first order on SeatGeek with code: SHAWNCOLLINS.

Based in Guadalajara in the Mexican state of Jalisco, Atlas defeated Club León on penalty kicks in the two-legged Apertura 2021 Final last December, claiming the Club’s first Liga MX title since the 1950-1951 season.

Atlas is managed by Argentine Diego Cocca, who took over in 2020.

Since its founding in 1916, Atlas has developed some of the Mexican men’s national team’s most famous names, including legendary El Tri defender Rafael Márquez, Andrés Guardado, and Jared Borgetti. Liga MX is back at Dell Diamond for the fifth year in a row with Toluca facing Santos in a friendly on Sunday, July 7 at 4:30 p.m. The match marks the second meeting between Santos and Toluca at Dell Diamond. The two teams played to a 2-2 draw in 2017. 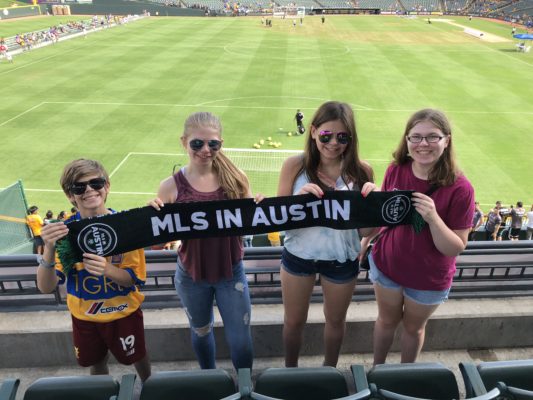 Tickets start at $40 and are on sale now. Kids 10 and under can receive a free general admission ticket with a paying adult.